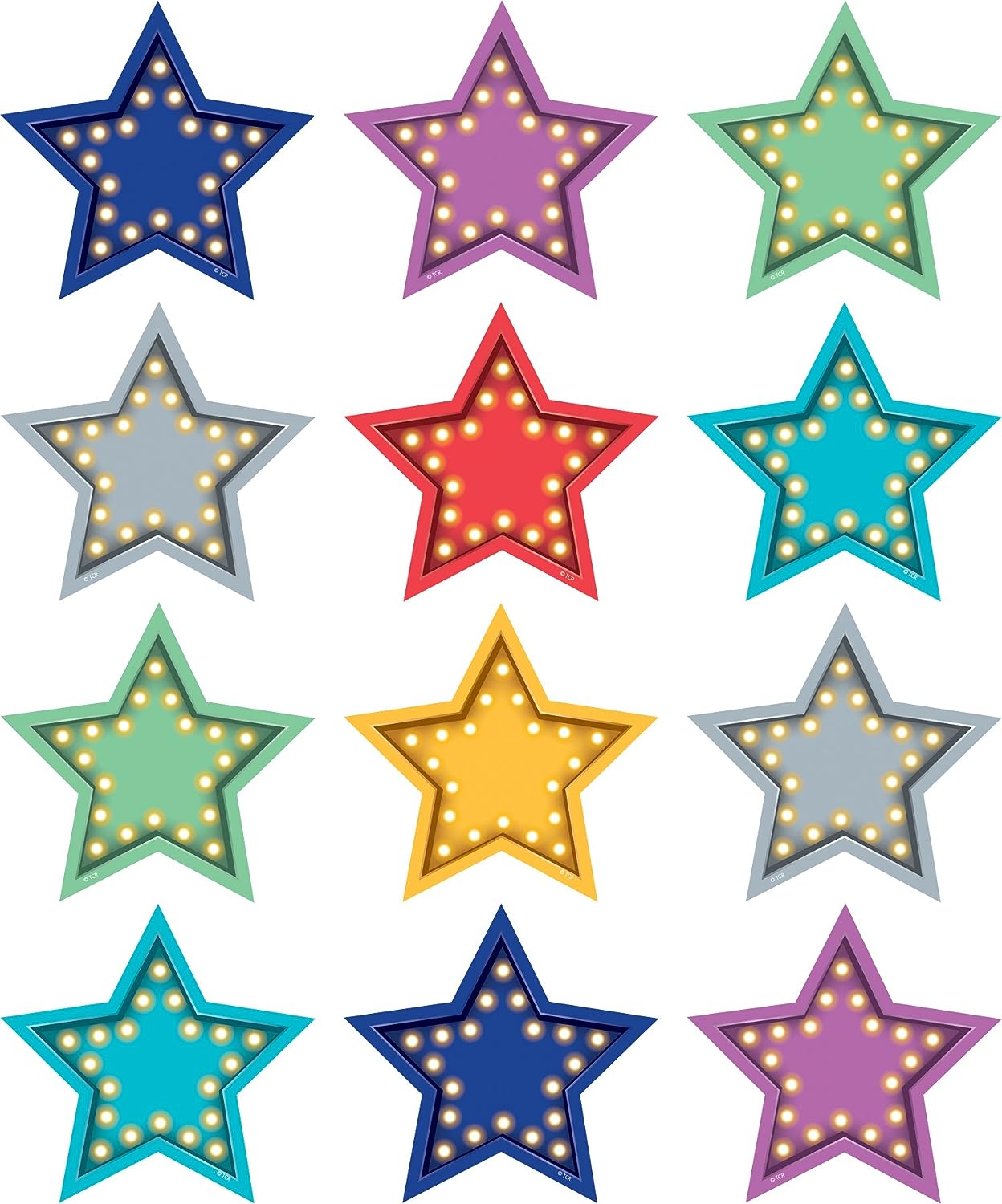 Decorate and educate with these durable, reusable magnetic accents. Add flair to any magnetically receptive surface such as doors, desks, shelving, and bins.

Light it up bright! The Marquee Classroom Collection is incredibly versatile and adds a touch of pizazz to your class.