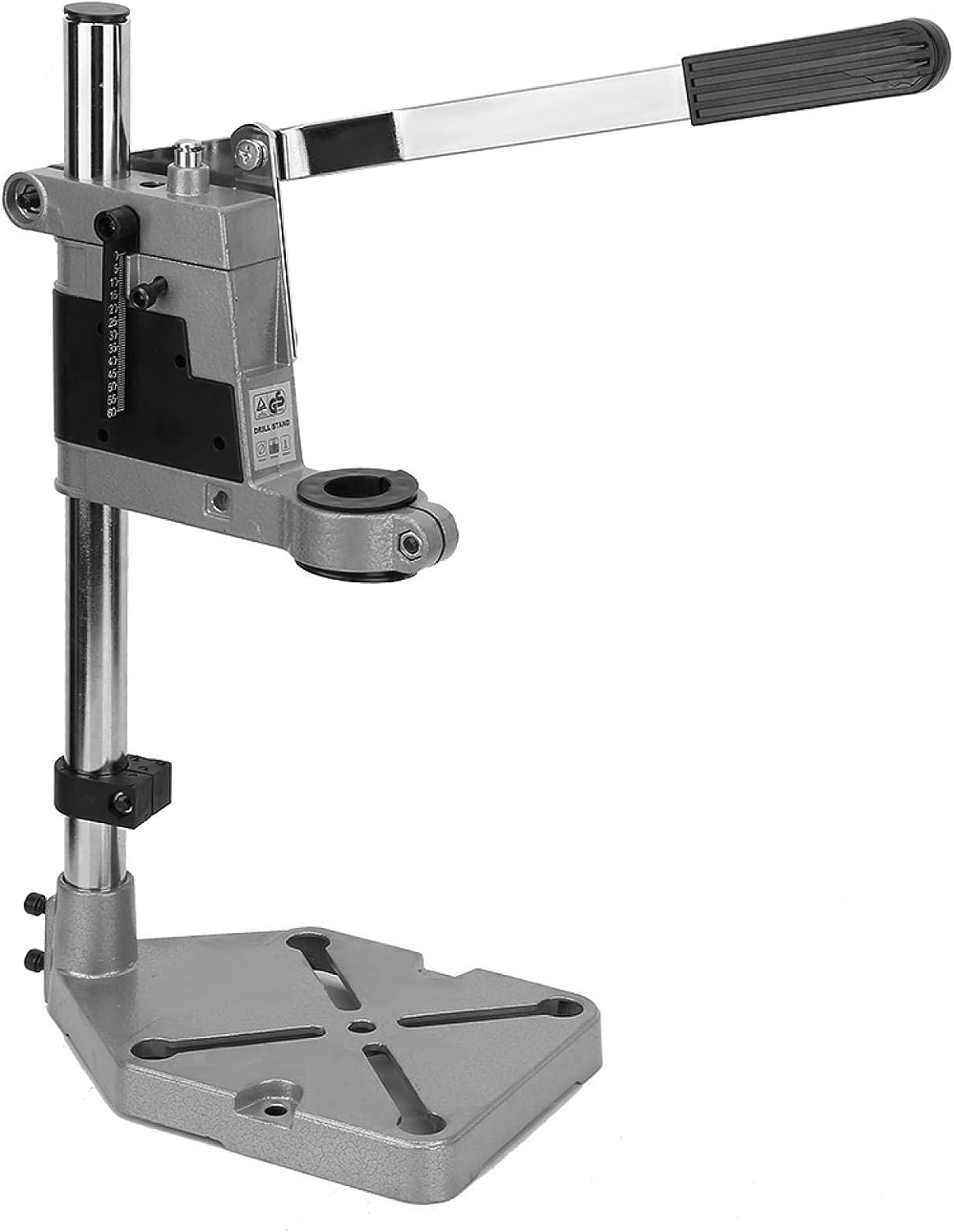 Feature:
This is a new adjustable drill stand, perfect for shop or home use. Designed for use with power drills with collar diameter of 43mm or 38mmï¼1.7'' or 1.48''ï¼. Drilling depth up to 60mm(2.4''), has 2 holes for mounting. It has a solid column bar and sturdy base with slots for fitting a machine vice. This Plunge Drill Stand is ideal for holding your drill steady during use and allows for much more accurate drilling than hand-held operation. (Not contain drills, flat-nose pliers, wood!)

Please note that the new type and old type of this product will be sent randomly, and make sure you will not mind before ordering.